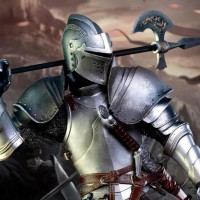 This guide aims to serve as a universal guide for group moderators to weed out genuine concerns from FUD disguised as questions.

Let's first define that FUD comes from a place of untruth, where there is no evidence to support whatever the FUDer is implying.

Why do people FUD in the first place?

Most FUDs are unintentional but they can do a lot of damage to the community.

Investors FUD for a variety of reasons but most FUD comes from the price action.

There will literally be no FUD during a bull run but when the price drops, every conspiracy theory on why it dropped will come out of the woodworks.

FUD also comes mostly from people who invest more than they can afford or invest based on pure speculation without any underlying idea of what the project does.

Why is fighting FUD important in crypto communities

Telegram and Discord groups are the new "Shareholder" meetings in the traditional business world.

A group where fellow shareholders can come together and ask questions to project teams, some even allow for shareholder voting through a DAO structure.

In a situation where all shareholders are in the same room, any negative comment without context can snowball very quickly cause people to sell stock in a panic if it's not kept in control.

That is why is it's important for Moderators to keep irrational emotions in check in communities to protect the well-being of every investor.

What constitutes as Hard FUD?

Hard FUDing is obvious, these are untrue statements that are not supported by any published fact and should be banned immediately.

"This project is a scam"

"This project will go to 0"

"This is a slow rug"

"The price will dip to X" ( Without providing any technical analysis )

Soft FUDing is the hardest to detect.

You see, these soft FUDers have the same eloquence as the brightest and most manipulative politicians.

They come prepared with a long list of logical fallacies that can be easily used to make an opponent look bad in from of an audience.

Let's dissect and see how each of these fallacies play out in a community and how you as a community can tell when someone is intentionally trying to hurt your investment.

Soft FUDing is not so obvious and can be a headache for moderators because they are disingenuous and are always framed as a genuine concern by the perpetrator.

These soft FUD can sometimes also gain support from genuine investors who cannot see beyond their intentions and contain the same fallacies that politician uses to make the project look bad.

Here are some examples of Soft FUD.

Asking a loaded OR rhetoric question

A loaded question is a question that subtly (or not so subtly) pushes the user toward a particular response. The question attempts to limit direct replies to be those that serve the questioner's agenda.

This causes the community attention to be on a negative topic that is not even relevant or true and can be done without providing any evidence because it is just a "question".

"Is the price down because the Devs have abandoned the project?"

Many jokes that are exaggerated only work if the audience has the specific context to get it. If not it can be easily perceived as an ordinary statement and misinterpreted as truth.

"Devs ran away with the money"

When the price goes down, people will find all sorts of reasons to justify the drop. Unless the investor can provide data-driven insights OR constructive criticism to correlate the reason why a situation has happened, it is just plain FUD.

"Our price is going down because our marketing sucks"

Troll baiting is used to describe an investor who knowingly invites the hatred of a community for their own agenda ( For attention or for shilling another project ) then turns the narrative into being censored or bullied by the project team or community members and making the project team or moderators look bad.

These investors usually make statements or ask questions without the real intention of finding out more about the project, they simply find anger and hate amusing.

They may not even be invested in the project ( Or invested in a competitor ) in the first place.

This fallacy occurs when you argue that your conclusion must be true simply because there is no evidence against it.

"No projects in this space has been able to complete their platform on time, therefore this project cannot do it"

"The developers have not been able to explain the marketing plan, therefore there is no marketing happening".

Announcing a Sell or blackmailing a project team

If you are selling, just do it. But you don't have to announce a sale and convince others to sell with you to make you feel better.

Being a Concern troll

Concern trolling involves someone opposing an idea or viewpoint, yet acting like they’re an advocate for the cause.

Concern trolls are usually able to get people to agree to 2-3 of their points by stating the "obvious facts" while inserting FUD statements within these irrefutable points.

A Concern troll can quickly rally emotional people to support their cause by appealing to their emotions while camouflaging the untruth within their viewpoint.

Whether intentional or not, concern trolls are dangerous because they gain power from fear, uncertainty, and doubt and can very quickly rally unsuspecting investors especially when the project is going downhill.

When is it not FUD and what can you do?

If you have definite evidence or proof that there is something that investors in the project should be genuinely concerned about, it will never work going into the project's community and questioning the team members because you will be banned immediately.

Here is the most effective way you can share your concerns

This way your content can be searchable by other investors who have the same genuine concern as you and you can build a very strong case against the project.

What if I have a genuine concern?

Most projects will already have a long list of frequently asked questions available, make sure you read every single piece of content ( AMAs, Voice Recordings, Pinned Post ) before asking it in public.

If it is not answered, you can ask the team members but make sure you do the following:

Good project teams are never afraid to answer any hard questions in private so that is your best bet of deciding whether a project team is legitimate or not.

How should moderators deal with distinguishing Soft FUDing?

It depends on how the project team wants to moderate its community. Just like how countries have their own policies of free speech, project teams have every right to decide whether they want a community with the full freedom to criticize or to rule the conversation with an iron fist.

At where crypto, we suggest clearly letting anyone who joined the ground rules and giving every member a minimum of 2-3 warnings to get used to how the group is run.

This gives other investors the confidence that they will not be silenced or they have to be fearful of what they say because there is an opportunity for moderators to correct them.

The information and publications are not intended to be and do not constitute financial advice, investment advice, trading advice or any other advice or recommendation of any sort offered or endorsed by Wheretobuycrypto.io. Wheretobuycrypto.io also does not warrant that such information and publications are accurate, up to date or applicable to the circumstances of any particular case.

The Guardian
The Guardian is the guild master at WhereCrypto, helping new adventurers navigate the risky yet rewarding world of cryptocurrencies

⚡️ Find out about the best tokens before others

Trusted resource for beginner to safely purchase and succeed in the cryptocurrency markets.
Copyright
2022
AboutTeamContactCareers